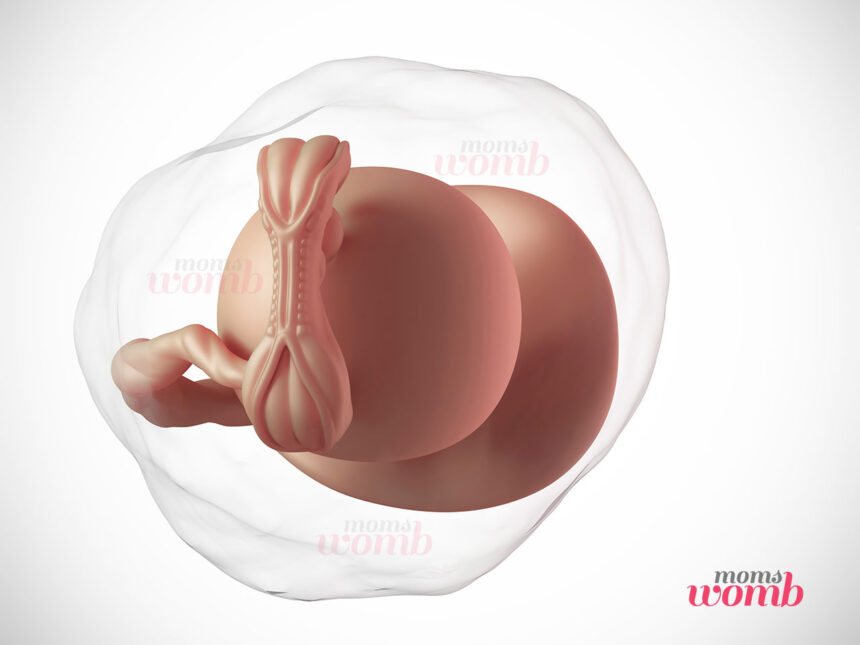 The baby’s heart has begun to beat and pump blood, 5 weeks pregnant, symptoms are very much

similar to the last week. This week, several changes are happening with your body and the growing fetus, though they will not be visible clearly. The baby’s internal organs start developing and resemble the letter “C.”

The severity of the symptoms will increase within five weeks in pregnant women. Also, the risk of miscarriage increases as the pregnancy is at risk o the chemical compounds or toxic elements you ingest along with the food. 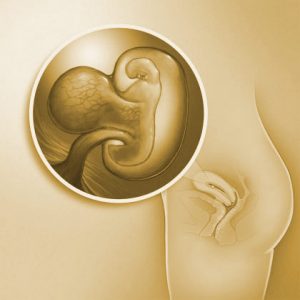 Your body is getting prepared for the hormones that are released during pregnancy. The symptoms might be similar to those in week 4.

The areola will become darker this week, which is normal for pregnant women.

This is the effect of hormonal changes in your body, and your breasts are developing and adjusting to satisfy breastfeeding needs.

All these changes occur because of the hormonal changes in a pregnant five-week-old woman.

Nobody will recognize that you are pregnant because your stomach size remains the same. Even if you are not pregnant, your stomach will appear slightly larger when it is time for a menstrual period.

A woman’s body needs to work and prepare for nine months of giving birth to a new life. During pregnancy week 5, you may feel tired and unusually irritable due to the increased metabolism and growing uterus.

Morning sickness is the most common symptom in pregnant women at 5 weeks. Also, this is the period for pregnancy cravings and rejecting certain foods. Most of these pregnancy symptoms will disappear when you are at the end of the first trimester.

But for some women, these symptoms may continue for the whole pregnancy period. These symptoms will worsen when you feel hungry or on an empty stomach. Taking smaller meals more frequently will help to avoid such conditions.

Fatigue is also one of the severe symptoms of pregnancy; it will be a bit more during the early weeks. Take enough rest to reduce extreme fatigue levels. Dizziness and fainting are also common symptoms due to the rapid changes in hormone levels.

So, five weeks pregnant women should be very careful and protect themselves from falling because it will increase the chances of miscarriage.

Physical changes that occur in a 5 weeks pregnant woman:

Wearing a good supportive bra can help you feel better, and don’t worry about the increasing bust size. It is completely natural, and they are preparing for breastfeeding.

There are several complications during this period, such as ectopic pregnancy, in which the fertilized egg implants in the fallopian tubes instead of the uterus. 1 in every 100 women may experience such type of complication. 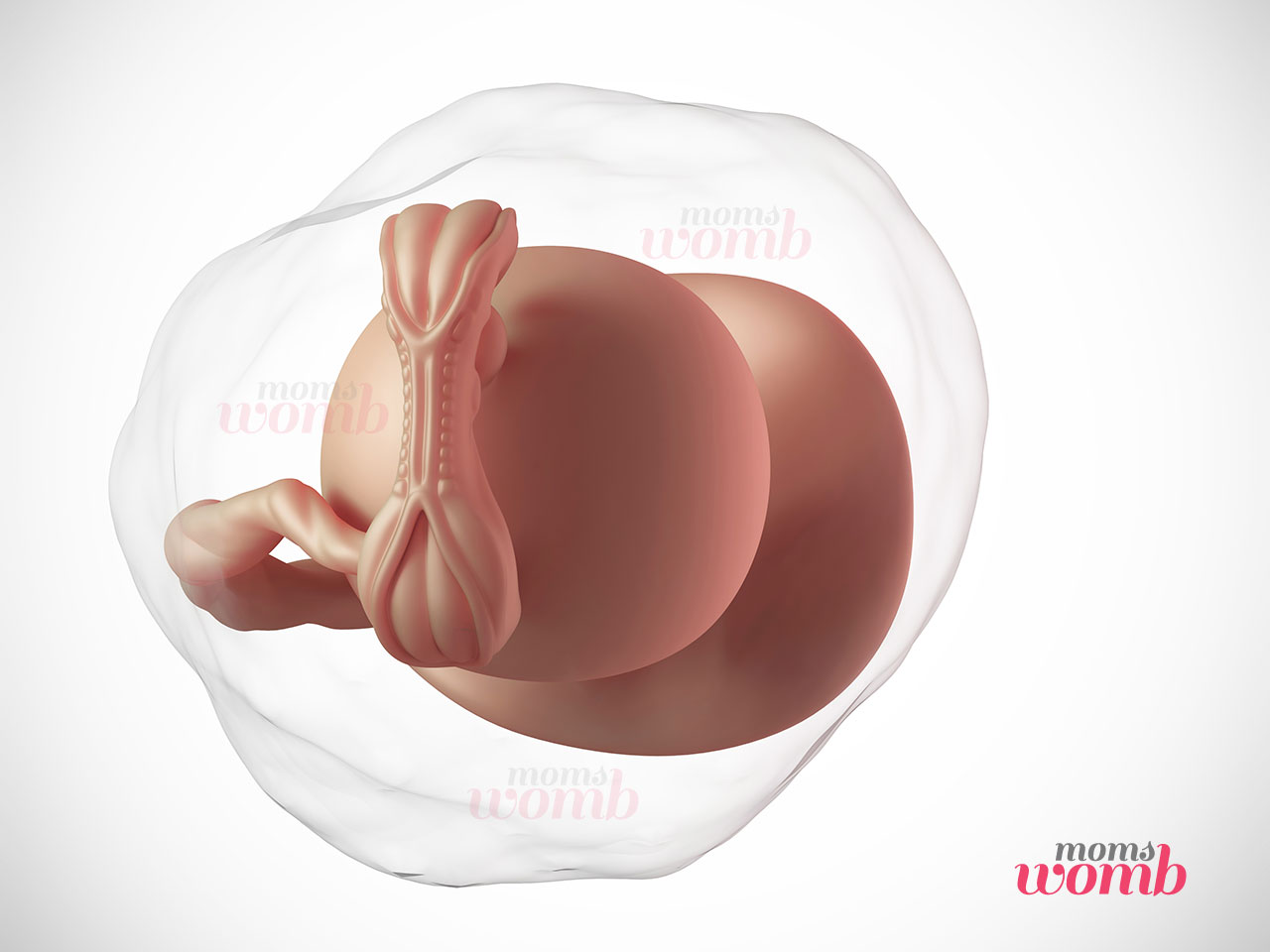 Overall, don’t worry about the physical changes in your body. They are entirely normal and will disappear after childbirth. Kegel exercises

Fetal changes that occur in a 5 weeks pregnant woman:

Pregnancy week 5 is very much similar to week 4. During this period, a precise shape is growing inside the tummy. The formation of the placenta is more exact in week five, and the umbilical cord starts to develop.

Bones, muscles and, the central nervous system begin forming in week 5. Skeleton system formation and the formation of the urinary system take place. Your fetus becomes visible when you perform a five-week pregnant ultrasound.

When you reach the end of the first month, blood vessels, the placenta, and various other elements will start functioning. Facial features like eyes and ears start developing during pregnancy week 5. Arm and leg buds are almost visible, and the neural tube, also called the spinal cord, combines this week.

The most crucial fetal change in a 5-week pregnant woman is related to the baby’s heart. The heart splits into two parts and starts pumping the blood.

Another exciting change in the fetus is related to the brain. The baby’s brain splits into three areas and is considered the beginning of the baby’s future sensory and cognitive activity. Swimming in Pregnancy

What care should be taken by a five weeks pregnant woman? 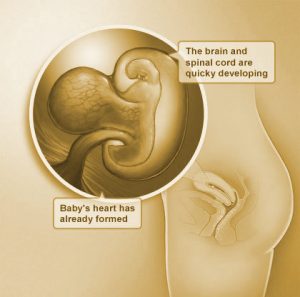 Also, pregnant women should be very cautious about foodborne diseases, such as listeriosis, toxoplasmosis, and salmonella, during their pregnancy week 5. These diseases may lead to miscarriage or congenital disabilities, so knowing which type of foods to avoid is very much essential during this period. Covid-19

A 5-week pregnant woman should avoid some foods, including pate, raw fish, raw egg (foods prepared with raw egg), soft cheeses, and raw and half-cooked meats such as deli meats and hot dogs.

Have a fantastic journey of pregnancy!! Go on to know more about what happens during pregnancy during week 6.

When Does Pregnancy Acne Start to Show up?

Early Pregnancy Symptoms to Watch Out For 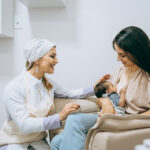 Learn All the Breastfeeding Basics
Next Article 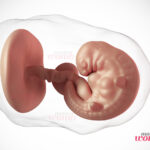