Pregnancy hormone levels!!! These are the words you will be hearing a lot over these next nine months. hCG or human chorionic gonadotropin is the hormone produced during pregnancy. Generally, it is produced from the cells that are responsible for placenta development. These cells will nourish the egg after the fertilization.

Pregnancy hormone levels can usually be detected by performing a blood test about 11 days after conception and about 12-14 days after conception by a urine test. Generally, hCG levels will become double for every 72 hours. hCG levels will reach its peak during the initial 8-11 weeks of pregnancy and then it will decrease and level off for the remaining pregnancy period.

Here is the chart that indicates hCG levels during each stage of pregnancy from your last menstrual period. 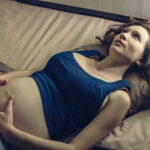